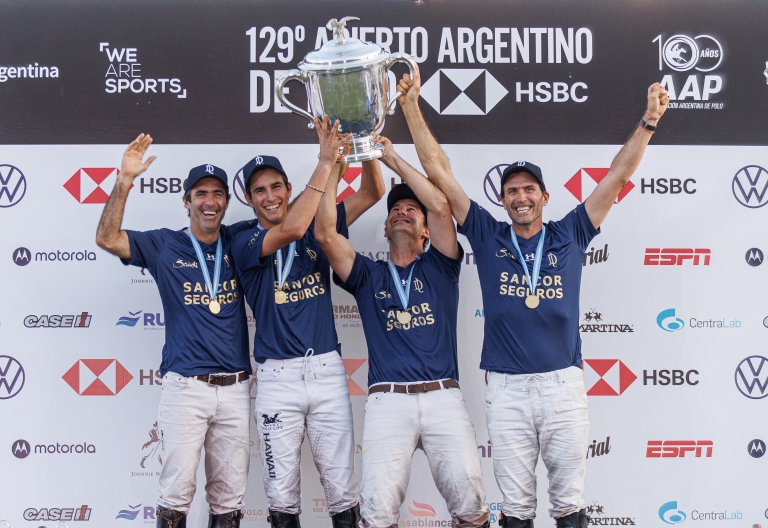 La Dolfina Saudi was once again crowned with glory on Friday 12/2, on the mythical field 1 of Palermo. The team from Cañuelas defeated their neighbor La Natividad 13-9 in the definition of the 129th HSBC Argentine Polo Open, the highest interclub world competition in which they participated 10 teams between 28 and 39 handicap goals made up of the most important players in the world, among them the 9 polo players who hold the 10 goals of valuation in our country.

In this way he obtained his 15th title in the tournament and equaled Hurlingham as the second highest winner of the tournament, only surpassed by Coronel Suárez.

It was a historic day –one more– for Argentine polo, since Poroto Cambiaso, at just 17 years and 6 days old, became the youngest polo player to win the Argentine Open, surpassing Benjamín Araya, who held the record with 17 years, 3 months and 11 days.

In addition, it was the first title in Palermo for Adolfito together with his son, fulfilling one of the few dreams he had to fulfill.

Individually, the four La Dolfina players have now accumulated 41 titles (18 Cambiaso in 26 finals; 12 Nero in 16; and 10 Stirling in 13); while for Poroto Cambiaso it was his first crown.

It took 39 years for a father and his son to win a final in Palermo, after Horacio and Benjamín Araya did it in 1983 playing for Coronel Suárez. Another new Cambiaso brand!

Gonzalo Heguy Trophy for the best player in the final: Juan M. Nero.

Fair Play Award for the most disciplined player in the tournament: Adolfo Cambiaso (n).