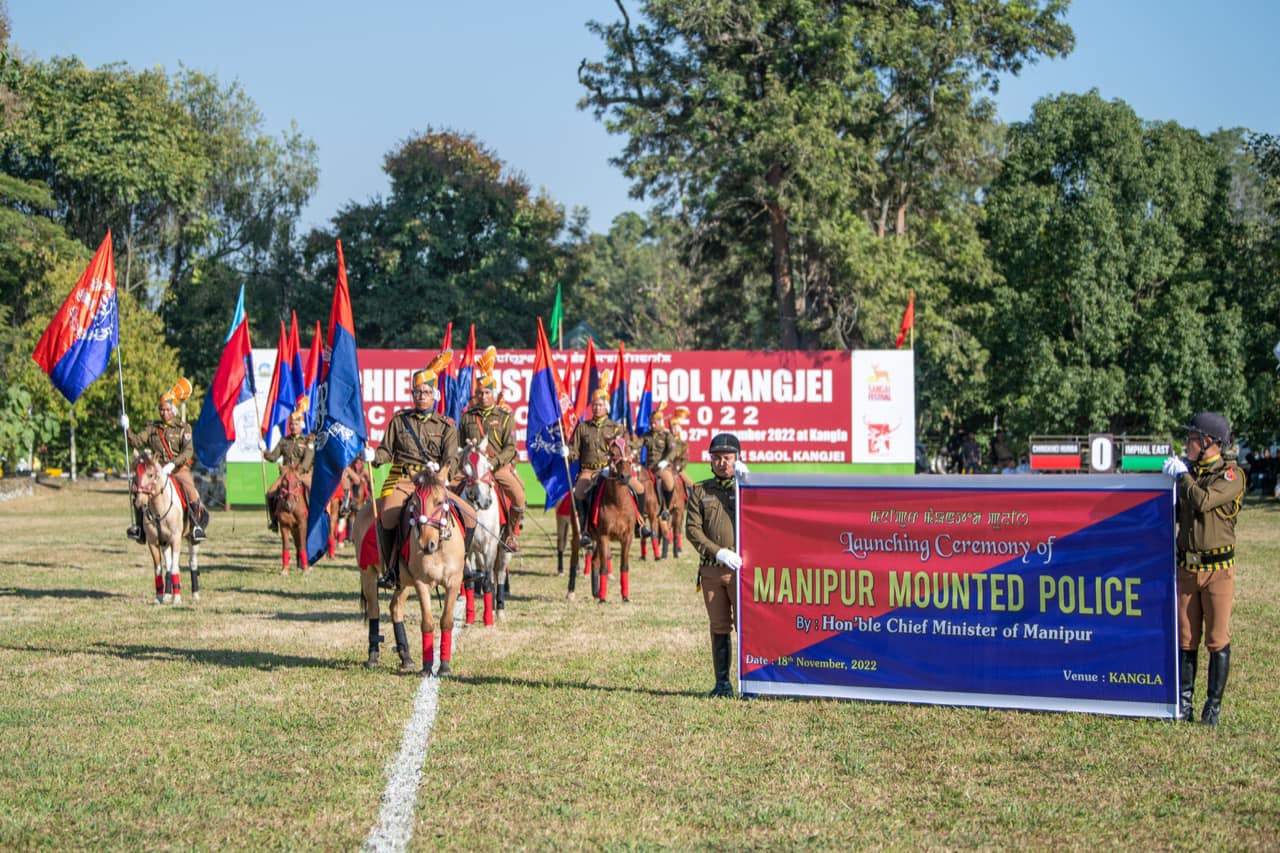 The Manipur Chief Minister – N. Biren Singh, on Friday introduced the Manipur Mounted Police at Kangla to promote Manipuri ponies, an effort to preserve the glorious culture and traditions.

Addressing the 1st Chief Minister’s Sagol Kangjei Championship 2022 at Manung Kangjeibung in Kangla, the Manipur CM noted that “the mounted police team is introduced in honor of their legacy and in promotion of our rich traditions and culture.”

“Our forefathers defended Manipur from various invaders with the use of cavalry who fought by riding ponies and weapons such as the Arambai,” – he added.

Altogether 14 teams are taking part in the polo tournament. However, the Imphal East District Polo Association will square off against Chingkheihunba Polo Club in the opening match. The final match will be played on November 27.

Construction work of the much-awaited 120-feet-tall effigy of Sagol Kangjei (Polo) player at Heingang hill, the shrine of Ibudhou Marjing in Imphal East, has been completed. It will uphold the great religious and mythological significance linked with the sport.

According to the Manipur CM, the effigy will be ready for inauguration within a few days. This gigantic Polo statue located above the hill top of Ebudhou Marjing hills, a semi-god who started Sagol Kangjei (polo) will popularize Manipur – the birthplace of polo sport.

Besides, the project will enhance tourist footfall, thereby generating employment opportunities for the local populace.

In the 1850s, the British observed Manipuris play a sport using a pony and a hockey-like stick. Influenced by the game, Britishers later formed a polo club in Silchar. It is believed that the Manipur King – Kanba invented the game in the 14th century BC. While, the first polo match was conducted in 33 AD by King Nongda.

It is worth noting that the documentation of Manipuri Pony was first mentioned in the Manipur Royal Chronicle, dated 1584. The next century witnessed its frequent reference in Manipuri literature.

Their usage as efficient cavalry horses proceeded throughout the 17th and 18th century. In fact, the Meitei warriors rode on them in their pursuit of victory and these horses were an essential part of the cavalry used by the Manipuri ruler Garib Newaz.